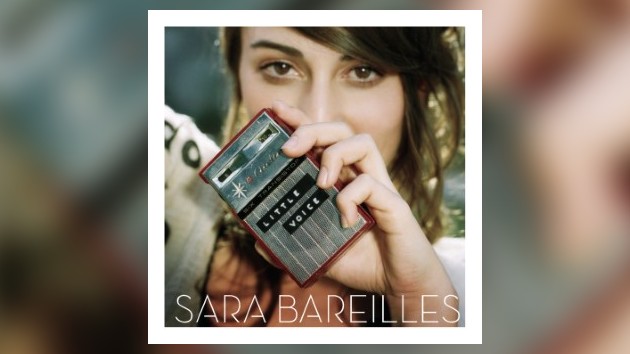 Fifteen years ago this Sunday, the world first heard Sara Bareilles‘ Little Voice. Her major label debut was released on July 3, 2007, and while the Grammy-nominated singer says there was a time when she wasn’t too crazy about it, she now loves it and feels like “there’s something really honest about that record.”

“I went through a long period of time where I actually didn’t love it and I felt, like, very critical,” Sara tells ABC Audio. “But I’ve sort of grown into the perspective of, like … they feel like snapshots. Albums are snapshots of a place in time.”

“I hear the youth in my voice,” she continues. “I hear things I was trying … inflection I was sort of putting on, and I don’t sing exactly the same way anymore. But I actually love it!”

“It was a really sweet season in my life,” Sarah recalls. “It was a really hard record to make. I cared about it so deeply, and so that’s what I hear when I hear the record. And I still think Eric Ross, who worked with me as a producer, did such a beautiful job.”

“The songs really came to life, and there’s something really honest about that record,” she concludes.

Little Voice features the fan favorite “Gravity,” as well as Sara’s biggest hit, “Love Song,” which earned two Grammy nominations. The album debuted at #45 on the Billboard album chart, but kept on climbing until finally, in March 2008, it peaked at #7. It’s since been certified Platinum.

Demi Lovato teases their upcoming tour on ‘The Tonight Show’

Harry Styles’ ‘Don’t Worry Darling’ co-star on those sex scenes: “It’s not why we do it”