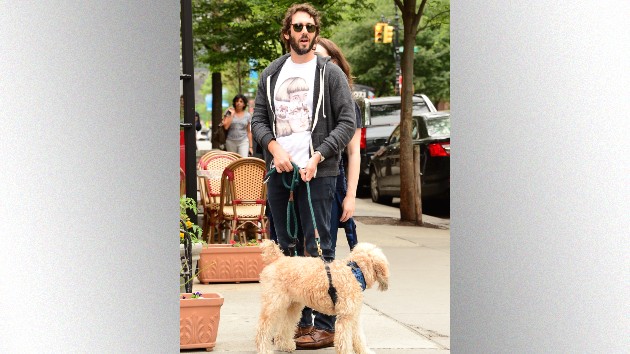 Earlier this month, Josh Groban found out that President-elect Joe Biden‘s rescue German Shepherd, Major, would be the subject of his very own “Indoguration,” and begged in an Instagram story, “Please let me sing for this.” Well, on Sunday, Josh got his wish.

Josh, a dog lover who lost his own best friend, Sweeney, in August, was the special guest at “A Round of Apaws for Major Biden.” The online “Indoguration,” sponsored by Pumpkin Pet Insurance, celebrated the fact that Major will be the first shelter dog to live in the White House, and doubled as a fundraiser for the Delaware Humane Society.

“Many animals have been in the White House, but Major Biden is the first rescue dog in the White House, which is why we’re all here. It’s an incredible thing,” Josh said. “Please rescue animals. There are so many animals that are in desperate need of their homes, and you will not regret one moment that you have with an animal that you’ve brought into your life and into your home.”

Josh ended his performance by saying, “Happy Indoguration! Thank you so much for being here and supporting…and dog bless America!”

In addition to Major, the Bidens have another good boy, Champ.

Halsey releases live video for “I am not a woman, I’m a god”

What Spice Girl Mel C really, really wants is to do a “good job” on ABC’s ‘Dancing with the Stars’