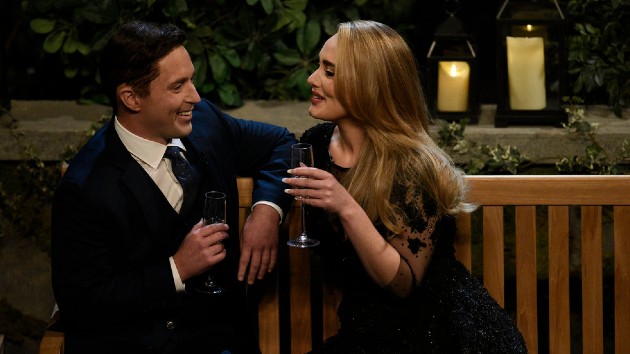 Amid speculation about her dating life, Adele subtly confirmed her single status on Wednesday in an Instagram post reflecting on her SNL appearance this past weekend.

She began the post by saying she had “the best time” hosting the show and thanked “the most wonderful cast, crew, writers and producers.” She specifically shouted out Lorne Michaels for believing in her, as well SNL writer Linsday Shookus and former cast member Maya Rudolph.

“I did it for the joy of it and I hope you got some from it too!” she wrote. “Good luck with the election America I love you so much. Look after each other and go easy on yourselves. Happy Halloween!”

Adele then concluded her message with a confirmation that she’s not currently dating anyone.  “I’m going back to my cave now to be the (single) cat lady that I am! Peace out til next year,” she wrote.

Earlier on Wednesday, sources claimed that Adele was dating British rapper Skepta and that their relationship was “heating up.”

The Kid LAROI pays tribute to mentor Juice WRLD: “I know you’re watching me from up there”

As tour launches, Lauv plans to show fans the new him: “I feel like such a totally different person”