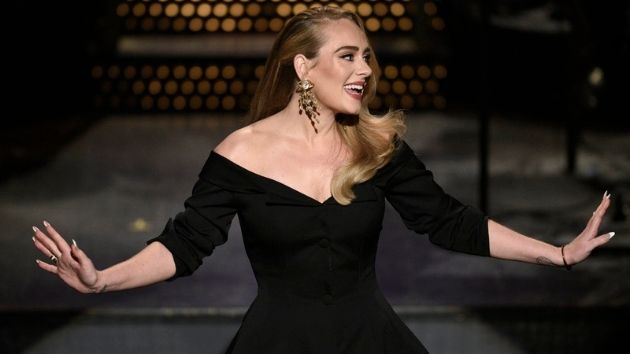 After sparking relationship rumors in July, ﻿Adele﻿ confirmed on Sunday that she is dating Rich Paul, who is LeBron James‘ agent.  The two were first spotted at Game 5 of the NBA Finals in Phoenix, Arizona.

Taking to Instagram on Sunday, the “Rolling in the Deep” singer shared glam photos of herself in a gorgeous black dress with puffy white sleeves and dangly pearl earrings.  However, Adele snuck in a sweet photo of her cozying up with Paul in the collage’s final black-and-white photo.

Paul was also dressed to the nines, opting for a dark velvet tuxedo and white undershirt that matched his girlfriend’s attire.  According to Entertainment Tonight, Adele and Paul were attending Anthony Davis‘ wedding and took the adorable photo at a photo booth.

Paul, 39, represents a variety of stars aside from James, including Davis, Ben Simmons, Lonzo Ball and more, through his agency, Klutch Sports Group.

Adele previously was married to Simon Konecki, with whom she shares eight-year-old son, Angelo. The two divorced in 2019.  While the Grammy winner had been romantically linked to the rapper Skepta, the two never confirmed if they were in a relationship.