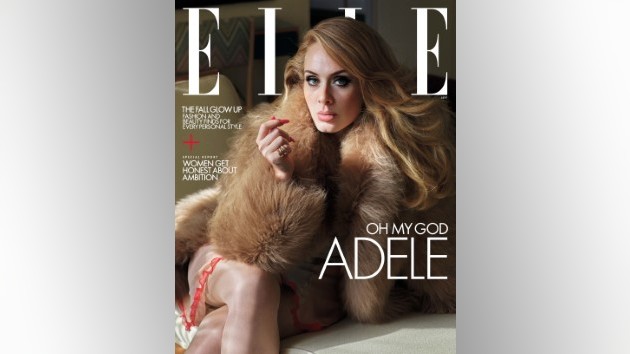 Now that Adele has rescheduled her Las Vegas residency, she wants to be sure she “nails it.”

Speaking to the September 2022 Global edition of ELLE magazine, Adele says canceling her residency at the last minute was “the worst moment in my career, by far,” but explains that the show just wasn’t right.

“There was just no soul in it. The stage setup wasn’t right,” she says. “It was very disconnected from me and my band, and it lacked intimacy.”

But with the new show, Adele says, “I want to tell the story of the beginning of my career to now … the show grows. It’s all about the music, and it’s really, really nostalgic. It’s gonna be really beautiful.”

And the star says she’s staying focused on her goal, even though her romance with boyfriend Rich Paul is also a huge part of her life.

“I’ve never been in love like this. I’m obsessed with him,” she gushes about Paul. And while she won’t confirm whether or not they’re engaged, she says she’d “absolutely” like to get married again.

She adds, “I definitely want more kids. I’m a homemaker and I’m a matriarch, and a stable life helps me with my music. But right now, all I got in my brain is Vegas. I wanna f***ing nail it.”

“I haven’t really witnessed [30] out in the world yet,” Adele says. “It’s gonna be so emotional. I don’t know what I’m gonna do with myself,” she says of performing the Vegas shows.

Adele notes, “It’s been really emotional putting the set list and the visuals together, because so much has happened. Fifteen years is a long time. But one thing I feel so lucky with how big my life is now, is that I really lived a normal life. You know?”

Lewis Capaldi admits he drunk texted Harry Styles: “I don’t know what it was that I sent him”