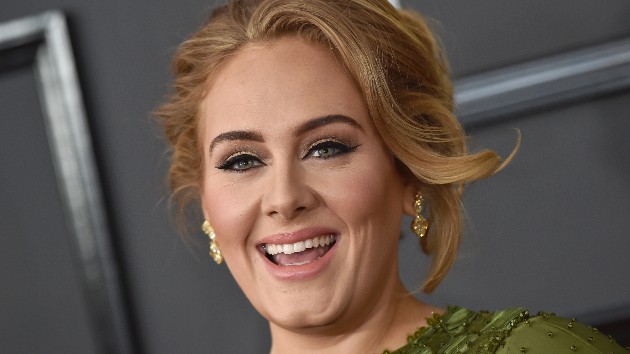 Fans are counting down the days until Adele officially ends her extended absence from television and suits up to host Saturday Night Live this weekend.

However, fans believe the “Hello” singer might have something up her sleeve and are predicting that she will use the platform to officially announce her fourth studio album.

Of course, Adele only cranked up the mystery when teasing her upcoming SNL appearance on Wednesday, posting a candid snap of her hard at work memorizing lines.

“3 days to go,” the British powerhouse singer noted in the caption. Fans are already hard at work picking apart any clues she may have left in the seemingly innocuous photo.

The candid snap shows Adele, 32, wearing a black face mask as she sits at a table with a push-to-talk microphone on it as she pores through her script.  It appears she’s also making notes due to the number two pencil she has balanced in her right hand.

While Adele previously admitted she was “absolutely terrified” to go on SNL, fans latched onto her saying that it “feels full circle” to return to the show as proof that she has something major planned.

The 15-time Grammy Award winner hasn’t released a studio album since 2015’s record-smashing 25.  A release date for her still-unnamed upcoming fourth studio effort had been set for this year, but was delayed due to the ongoing COVID-19 pandemic.

It is still unknown when Adele will release her new album and she has repeatedly told fans to be patient. But perhaps fans will finally have their long-awaited answer come this Saturday.

The musical guest for this weekend’s Saturday Night Live is R&B star H.E.R.

Mariah Carey’s brother sues her for defamation over memoir