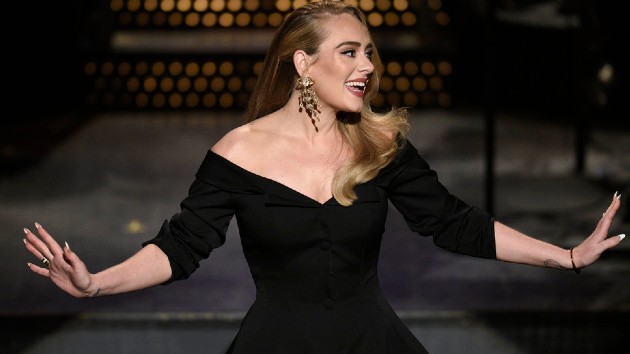 We still have no idea when Adele‘s highly anticipated new album will arrive, but when it does, her close friend, British comedian Alan Carr, promises it’ll be worth the wait.

Carr, in an interview with RuPaul’s Drag Race judge Michelle Visage for Grazia UK this week, said that he’s heard some tracks from the album and said, “It’s so amazing.”

“I said to her…that voice is like an old friend,” he continued. “Because there are some people in the charts who sound a bit like Adele and you go, ‘Oh, they sound ‘Adele” and then when you hear Adele’s voice again, you go, ‘Oh no, there’s only one. There’s only one Adele."”

Alan adds that despite the 32-year-old singer’s dramatic weight loss, “…she’s still got a chunky, but funky voice.”

Adele and Carr are so close that she officiated his wedding to Paul Drayton, his partner of 10 years, in January of 2018.

Adele first teased a new album early last year, but after the pandemic hit, she said she didn’t know when it was coming out. When she hosted Saturday Night Live in October, she said it wasn’t finished yet.

Niall Horan and Anne-Marie team up on new track, “Our Song”

Melissa Etheridge to release ‘One Way Out,’ album of archival songs