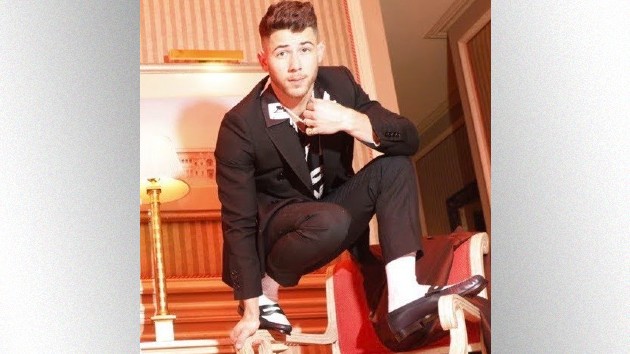 If you’re fortunate enough to attend a Jonas Brothers concert, legend has it that you will be imbued with good luck: Just ask the L.A. Dodgers, who won the World Series earlier this week.

While people may write off the “Jonas Blessing” theory as a bunch of malarkey, Nick Jonas has embraced the idea and even provided evidence that it’s the real deal.

Jonas shared three very important pieces of evidence on Wednesday to support his claim about the blessing, which dates back to last year.

“No one is talking about the very, very obvious theme here. To fully understand this conspiracy, we have to back things up to September 22, 2019,” the “Jealous” singer explains to the camera as pensive music thrums in the background.

“That is the date of the Jonas Brothers show in Kansas City, Missouri.  You know who was at that show?  Patrick Mahomes,” he deadpans, adding that the Kansas City Chiefs quarterback carried his team to a Super Bowl victory a few months later.

“Next up, December 10 — Arizona.  Who was there, you might ask?  Oh! Cody Bellinger,” Nick argues, referring to the Dodgers’ first baseman and outfielder. “Cut to October 27… the Dodgers win the World Series.”

“Just last week he won his 92nd Grand Prix, the most of all time.”

Nick then spoke directly to athletes dreaming of winning their respective championships, declaring, “The key to success is to come to a Jonas Brothers show.”

“Congrats to all you Jonas-loving athletes out there who were smart enough to come to a show. You deserve those championships,” he winks.

Jonas Brothers heading back to Las Vegas this fall

The Kid LAROI pays tribute to mentor Juice WRLD: “I know you’re watching me from up there”

After three years of marriage, Michelle Branch and husband Patrick Carney are separating