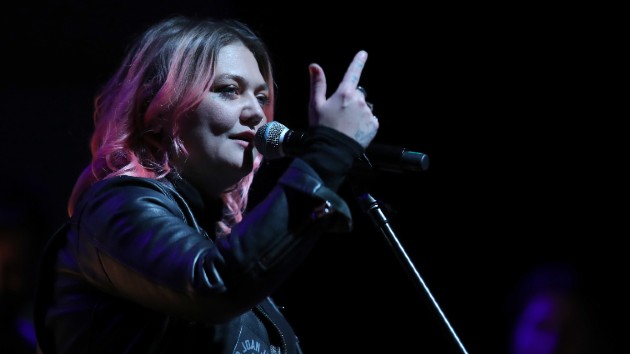 “Ex’s & Oh’s” singer Elle King is pregnant. She and her fiancé Dan Tooker are expecting a “miracle baby,” after what she described as “two big losses.”

“Well, we did something! Me and @tattooker made a little human!” Elle writes on Instagram. “We are very excited to share the news that we are pregnant. This news comes with a great deal of fear…You see, this miracle baby comes after two very big losses.”

“It’s a terrifying and extremely painful experience for everyone. But the sun always rises, and I never really let go to let the universe decide when I was ready,” she continues. “I remember every pregnancy announcement felt like a dagger to me. So I want to be very delicate and say to YOU! That soon-to-be mom, who’s maybe had a loss, or has been struggling with fertility, I’m telling you, our babies come. And I love you.”

Elle then writes that what women go through in their efforts to have children “make us nothing less than WARRIORS,” adding that her pregnancy is “high-risk.”

She also notes the irony of being pregnant when she recently put out a song with country star Miranda Lambert called “Drunk (And I Don’t Wanna Go Home),” adding, “I am a very sober pregnant lady btw.”

Elle and Tooker have been engaged since last fall. She was previously married to Andrew Ferguson, whom she secretly married in 2016 after knowing each other just three weeks. They split in May of 2017, following Ferguson’s April 2017 arrest for felony domestic violence — a charge that was later dropped.

When it arrives, Elle’s bundle of joy will make her dad, comic actor Rob Schneider, a grandfather.

Well, we did something! Me and @Tattooker_DAN made a little human! We are very excited to share the news that we are pregnant. This news comes with a great deal of fear…(read more below) @people pic.twitter.com/n2eFA7dlwq

Nick Jonas celebrates 29th birthday with a giveaway for fans

With “A-O-K,” Tai Verdes is uplifting his fans with nostalgia