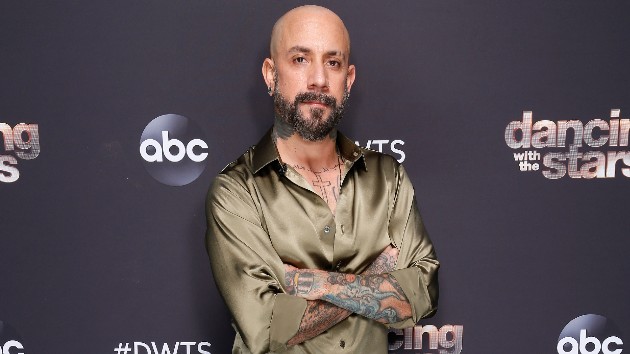 It was an emotionally raw night on Dancing with the Stars on Monday when AJ McLean opened up about his decades-long battle with addiction.

The Backstreet Boy didn’t mince words about the severity of his addiction to drugs and alcohol, which he says started when he was 22-years-old.

Speaking with his dance partner Cheryl Burke, who is two years sober, McLean confessed that after he turned to drugs and alcohol, his addiction quickly spiraled out of control.

McLean says that after shooting the music video for Backstreet’s 2001 song “The Call,” where he tried cocaine for the first time, “I don’t remember the next two years after that.”

“I overdosed twice, and I’ve literally been in and out of recovery and sobriety up until almost 11 months ago,” he continued.

When Burke asked him what made him take sobriety so seriously this time around, the singer emotionally admitted that his daughter inspired him.  After a relapse in Las Vegas, she refused to cuddle with him and said, “You don’t smell like my daddy.”

“That was my breaking point,” McLean affirmed. “My kids saved me life.”

They both dedicated their dances to their second chance at life, performing an emotionally raw rumba to Kaleo‘s “Way Down We Go.”

“I want to dedicate this to all the addicts out there, struggling, because it’s hard,” McLean tearfully added when asked by host Tyra Banks about advice he’d have for those working on recovery. “With a little courage, you can overcome!”