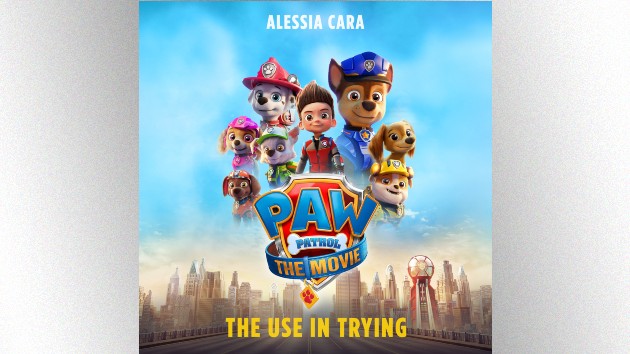 Alessia Cara is contributing an uplifting tune to the upcoming animated film PAW Patrol: The Movie.

The original song, “The Use in Trying,” was written by Alessia and Jon Levine, and will be played during a pivotal scene in the flick.

“I wrote ‘The Use in Trying’ for a specific scene in the movie, with the understanding that it was a big turning point in the story, emphasizing the importance of courage,” Alessia says in a statement.  “I wanted to write something that could not only teach kids that they’re not always going to win, but that there’s real value in trying anyways because of the lessons you find on the other side.”

She adds, “That’s a sentiment we can all understand, the further into life we go. Navigating life is never easy, but it is always worth the shot.”

The song will be released on August 10, and the film will hit theaters and Paramount+ on August 20.

Ingrid Michaelson releasing deluxe edition of ‘Songs for the Season’

Britney Spears says new documentary about her is “not true”