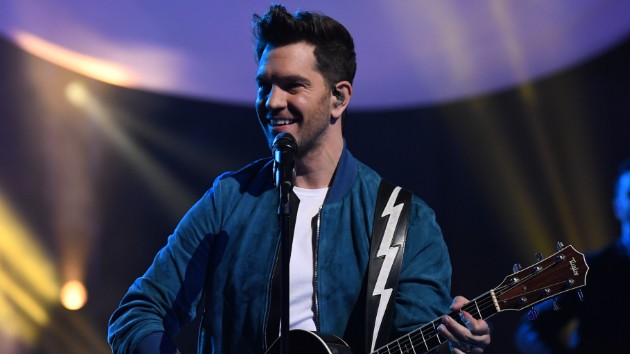 The duet originally was posted as a TikTok challenge in which Anne-Marie invited her followers to make up the words to her piano melody — but with a catch.  Those who wished to join in on the song had to finish the sentence, “When I think of my mother…”

The “Honey I’m Good” singer continued to express through his poignant lyrics how important she was to him.

“How much she used to guide me / Cities she built inside me / How I promised I would never let her down / I think of how she can see me and my daughters and wife now / How proud she must be of our lives and how she’s smiling down,” Andy belted.

The duet ended with Andy revisiting the first line, singing with a smile, “When I think of my mother… I love her.”

The song tugged on many heartstrings, with Andy’s famous friends encouraging him to turn the duet into an official single.

This Is Us star Chrissy Metz wrote in the comments section, “I just love this” while other fans revealed just how hard the song made them cry.

Andy was 25 when his mother lost her short battle with breast cancer.  During his run on Dancing with the Stars, he spoke about her passing and how it inspired him to write his debut single “Keep Your Head Up.” His eldest daughter Louisiana‘s middle name is “K,” in honor of his mom.

Shakira surfs in Spain in video for new song, “Don’t Wait Up”