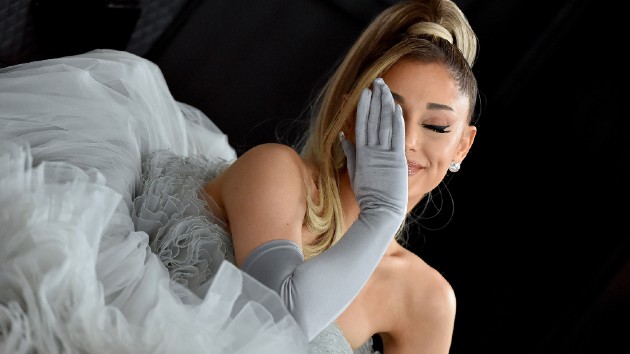 Ariana Grande‘s rep confirms to People magazine that the superstar is now a married woman: She and fiancé Dalton Gomez tied the knot over the weekend at their home in Montecito, California.

“They got married,” Ariana’s rep tells People. “It was tiny and intimate — less than 20 people. The room was so happy and full of love. The couple and both families couldn’t be happier.”

A spokesperson for Ariana confirmed the information in the People story to ABC Audio.

A source tells People, “Both Ari and Dalton love Montecito. They spend a lot of time there. It seems only natural that they would get married at Ari’s beautiful and historic house [there].”

Ari and Dalton began dating in January of 2020 and revealed their romance in the video for her duet with Justin Bieber, “Stuck With U,” in May of that year. They announced their engagement in December when Ariana posted a photo of her ring along with the caption, “Forever n then some.”

Ariana was previously engaged to Pete Davidson, but called it off in October of 2018.

Britney Spears unloads in court: “I’m so angry…After I told the whole world I was OK…it was a lie”