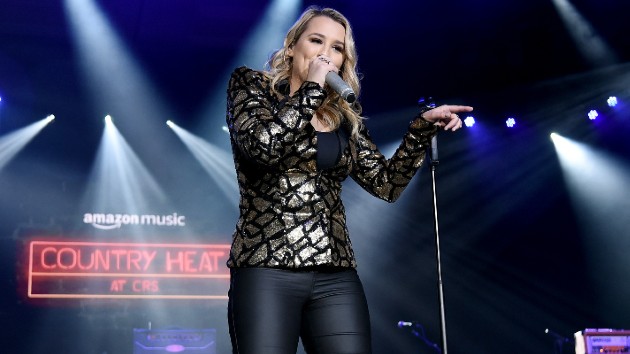 Gabby Barrett‘s done so well with her Charlie Puth collab “I Hope” that you may not remember that she’s actually an American Idol alumna: She came in third in the 2018 edition of the show, the first year it was on ABC.  This Sunday, Idol’s Hollywood Week kicks off, and she advises contestants to think strategically and keep some things close to the vest…for now.

“If you can play the piano and play different instruments and sing different genres and that kind of thing, I would just not show all of that right away,” Gabby told ABC Audio. “I think it’s cool to just reveal the deck as time goes on, you just don’t slap your deck down! And so that’s kind of what I did with the show. And it worked out, thankfully for me.”

Gabby also notes that in addition to not “playing your cards all out,” “Song choice is really important. Go with what you think you sound best singing.”

Gabby didn’t just get a record deal out of her success on American Idol: She also got a husband. She and Cade Foehner, who came in fourth during her season, married in 2019, and in January, they welcomed their first child, daughter Baylah May.