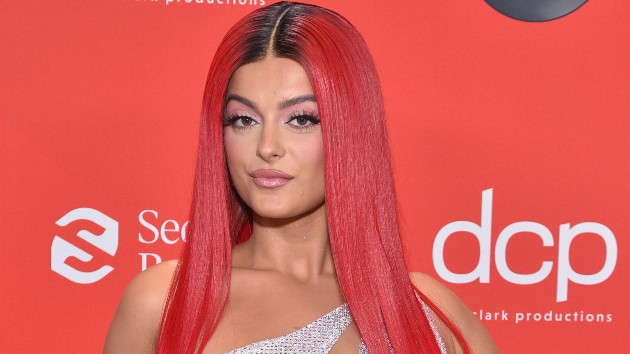 Bebe Rexha’s music has long been embraced by the LGBTQ community, but now the singer is opening up about being part of the rainbow family herself.

In a new interview with Gay Times, the singer says she considers herself sexually fluid.

“Have I gone out with girls before? Yes. Have I dated girls? Yes, I have. And famous ones, but I’m not naming them,” Bebe dishes. “Even though people would be living for it – no!”

“Have I fallen in love with a girl before? Yes,” she continues. “But right now, I’m in a relationship with a guy.”

However, she stops short of putting a label on herself, saying instead that she believes sexuality is “a scale.” She says her attraction is based on “whoever inspires [her]” in the moment.

Bebe says she’s started to open up more about her sexuality because of the support she’s received from queer fans.

“I can’t tell you how many people told me that they came out to their parents and got kicked out and saved up all their money to come to [my] tour,” she says. “…Like, I didn’t realize my music could do that, that it actually could give people strength.”

Bebe’s long-awaited new album Better Mistakes is due out on Friday.