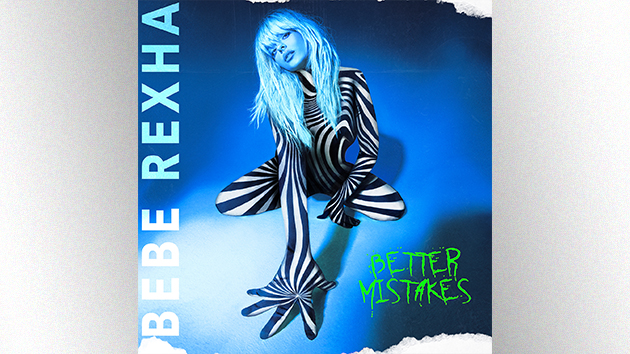 Bebe Rexha is making Better Mistakes with her new album.

The superstar has announced that her sophomore effort will drop on May 7, featuring collaborations with Ty Dolla $ign, Blink-182 drummer Travis Barker, Lil Uzi Vert and more.

The album announcement comes with the arrival of “Sabotage,” a ballad in which Bebe admits to being her own worst enemy and “the queen of burning bridges.”

“‘Sabotage’ is one of the most vulnerable songs on my new album, Better Mistakes. It’s just as beautiful as it is painfully honest,” says Bebe. “I admit to getting in my own way when things are going well.  I know I am not alone in experiencing self-sabotage during life’s most precious moments, and this ballad is an acknowledgment that sometimes we are our own worst enemy.”

Better Mistakes follows the hitmaker’s 2018 debut, Expectations, which featured her smash hit “Meant to Be,” featuring country duo Florida Georgia Line, that landed at the top of the pop and country charts and earned a Grammy nomination in 2019.