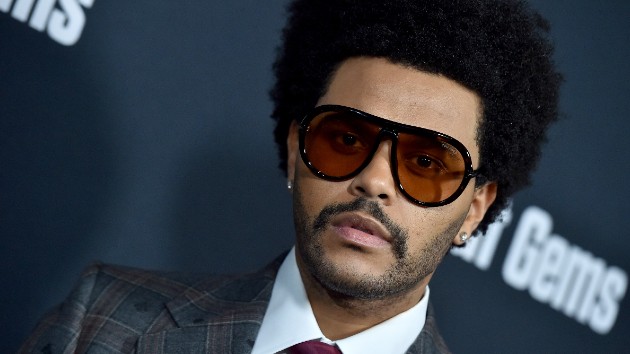 The Weeknd has reached a new chart milestone with his ’80s-influenced hit “Blinding Lights” — and his new single “In Your Eyes” is a chart milestone for his collaborator on it: ’80s star Kenny G.

“Blinding Lights” has now topped Billboard’s Adult Contemporary chart — the first of the Canadian star’s songs ever to do so.  He’d previously reached #13 in 2015 with both “Earned It (Fifty Shades of Grey)” and “Can’t Feel My Face.”

In addition to this latest chart, “Blinding Lights” also spent four weeks at number one on the Billboard Hot 100, where it’s still in the top five, and 26 weeks on Billboard’s Radio Songs chart.

All these charts, with the exception of the Hot 100, measure radio airplay.

Meanwhile, The Weeknd’s new single “In Your Eyes” has debuted at number 29 on the Adult Contemporary chart. As previously reported, it features Kenny G on saxophone.  This is Kenny’s 27th single on the chart, dating back on 1987.

Both “In Your Eyes” and “Blinding Lights” are from The Weeknd’s album After Hours.

‘The Voice’: Ariana Grande uses her “thank u, next” button on John Legend

Britney Spears makes triumphant return to Instagram, but some fans think someone else is running the account