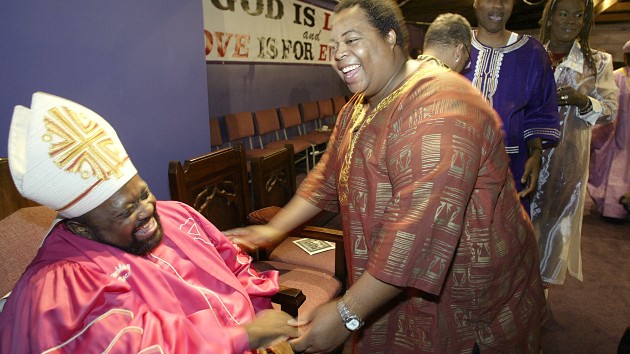 Carl Bean, the man whom Lady Gaga revealed was the true inspiration for her hit  “Born This Way,” has died at age 77, reports The New York Post.

This past May, while celebrating the 10th anniversary of her album Born This Way, Lady Gaga revealed that the title track of the album was inspired by as disco song called “I Was Born This Way,” recorded by Bean in 1977.

“Born This Way, my song and album, were inspired by Carl Bean, a gay black religious activist who preached, sung and wrote about being ‘Born This Way,’” Gaga wrote on Instagram.  She continued, addressing Bean, “Thank you for decades of relentless love, bravery, and a reason to sing. So we can all feel joy, because we deserve joy. Because we deserve the right to inspire tolerance, acceptance, and freedom for all.”

“I Was Born This Way” was written by Chris Spierer and Bunny Jones and released in 1975 by an artist called Valentino. Carl Bean released his own disco version in 1977. Bean’s version has since been remixed and re-released several times, both in the ’80s and the ’90s. The song’s lyrics go, “I’m happy and I’m gay/I was born this way.”

Bean became an AIDS activist and founded the Unity Fellowship Church Movement, which focused on the LGBT and Black community. His autobiography is titled I Was Born This Way: A Gay Man’s Journey through Gospel Music, Disco Stardom, and a Ministry in Christ.

According to The New York Post, the Unity Fellowship Church Movement announced that Bean died September 7 “after a lengthy illness,” and added,  “Archbishop Bean worked tirelessly for the liberation of the underserved and for LGBTQ people of faith and in doing so, helped many around the world find their way back to spirituality and religion.”

Julia Michaels may not be touring, but she has a way to keep fans dancing in their kitchens

Adele responds to fan who wanted to know her “body count”