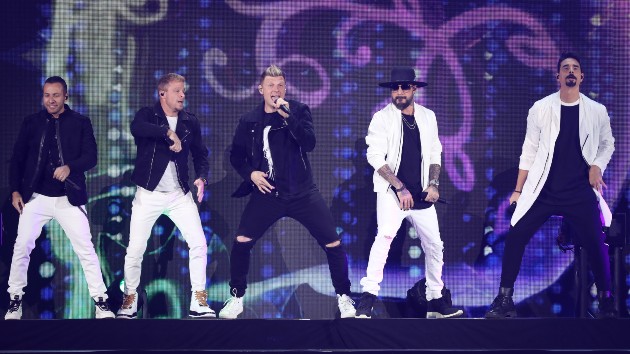 Over the weekend, Backstreet Boy AJ McLean was a presenter at the MTV VMAs, but his appearance came shortly after the group announced that all their Christmas plans for this year have been put on hold.

Later this year, Backstreet was scheduled to do a series of Christmas shows in Las Vegas and release their long-awaited Christmas album, but it turns out all those plans have been shifted to next year.

In a message to fans, the band explains that they feel that the album “deserves the best possible scenario and set up for success,” and with “the current state of the world still limiting our travel and causing small things…to take much longer,” they’re going to put out the album in 2022 instead.

And of course, with no Christmas album, the need for holiday shows also goes away; fans will receive refunds at the point of purchase automatically.

“While we are disappointed, we know this is for the best,” the boys write. “And we absolutely cannot wait to share the magic of this album with all of you when the time is right!”

Coldplay plans to stop making studio albums after their 12th