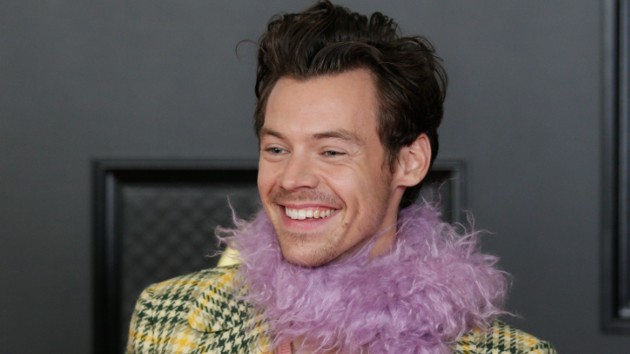 Harry Styles‘ movie Don’t Worry Darling — the one on the set of which he apparently met his current girlfriend, director/actress Olivia Wilde — finally has a release date. The bad news is that it isn’t until next year.

Don’t Worry Darling will hit theaters September 23, 2022, Variety reports. Set in the 1950s, the film is described as a “psychological thriller” about a couple who live in an “experimental utopian community,” which of course turns out to not to be as perfect as it sounds.

Harry plays the husband, while Florence Pugh plays his wife, who suspects that there are disturbing things going on.  The cast also includes Olivia, who directed the film, as well as Chris Pine, Gemma Chan and Nick Kroll.

You can watch a teaser for the film now; there’s one shot of Harry and Florence kissing passionately.

Harry and Olivia were first seen together as a couple in January of this year, not long after the film started shooting in late 2020.  They’ve since been photographed packing on the PDA during an Italian vacation, and Olivia was seen at Harry’s tour kickoff earlier this month.