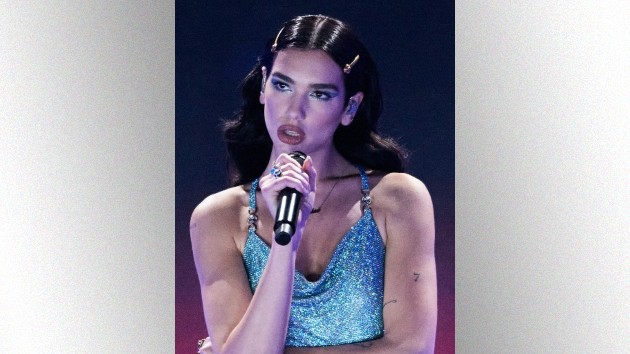 Dua Lipa jetted off to Mexico City after she collected her third Grammy Award last week. However, over the weekend, the “Levitating” singer narrowly avoided disaster when several rowdy fans nearly made it past security in an attempt to grab her.

British publication The Sun obtained footage of Dua greeting fans after touching down in Mexico City.  The Grammy-winner is seen waving happily to the throng of adoring fans when several break free from the crowd.

Video shows the two fans sprinting toward the singer in an attempt to get their hands on her.  People begin screaming, including a horrified Dua.  Thankfully, her security detail immediately jumps on the crazed fans and starts hauling them away.

Further video shows the same fans trying to break free from the guards as Dua is quickly hustled into the waiting vehicle.

Sources tell The Sun that Dua was unhurt in the chaos, but was “uncomfortable.”

Dua was in Mexico to shoot a Yves Saint Laurent campaign, as she previously revealed on Twitter.