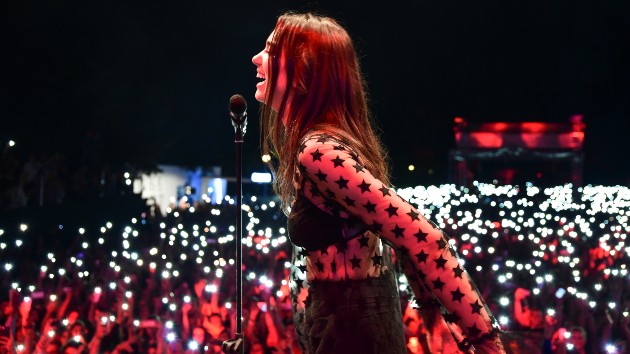 When you think “international relations,” Dua Lipa probably doesn’t come to mind, but the “Levitating” singer is receiving a special honor for her work in promoting cooperation between the U.S., Canada and Europe.

The Atlantic Council, an international affairs think tank, will give Dua its 2021 Distinguished Artistic Leadership Award at a gala event on November 10 in Washington, D.C.  She’s being honored for not only being “one of the world’s most influential musicians,” but also supporting a number of charitable causes, and “empowering the next generation of Balkan leaders and musicians.”

Dua’s family is of Albanian descent from Kosovo, and she spent part of her childhood in the Balkan nation. In fact, the president of the Republic of Kosovo will join her when she accepts the award.  Dua’s work in Kosovo revolves around her charity, the Sunny Hill Foundation, whose mission is to “promote international cooperation,” and to “provide a space for young talents to unleash their creativity in music and arts.”

Not long ago, Dua, who now calls London home, told ABC Audio how people react to her when she goes back to Kosovo.

“You know, I have a lot of friends from school who are still very much the same and nothing’s changed, but it’s exciting for the people around [us],” she explained.

“And we’re such a small community,” she continued. “So whenever I…bump into an Albanian person in the street…it’s still very exciting for all of us, [that I] have had the opportunity to reach [people on] a global scale.  And for me to be able to talk about Kosovo as my hometown, as well — I think it’s it’s cool for people to know.”

Britney Spears reveals she’s finally on the right medication: “It’s good to BE HERE and be PRESENT !!!!”