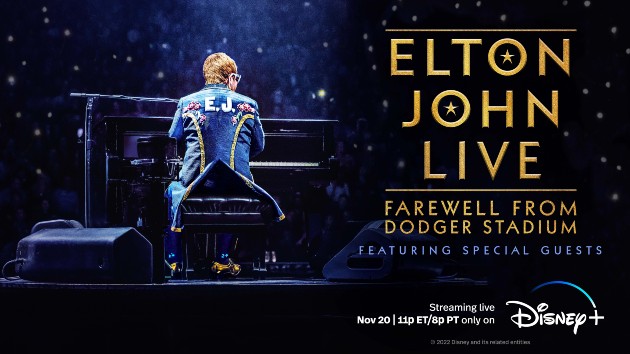 Elton John closes out his Farewell Yellow Brick Road Tour this summer and husband David Furnish explained why the legendary singer wants to take his final bow from touring.

“I think the most important thing, and the most significant thing for us, is what this means to our family,” Furnish told Billboard. “Because as long as I’ve known Elton, he’s been on the road, doing 90 to 100 shows annually. It’s a big commitment.”

Furnish said he and Sir Elton now have an even bigger commitment to attend to — their “beautiful sons.” The pair share 9-year-old Elijah and 11-year-old Zachary.

Sir Elton will close out the U.S. leg of his farewell tour with a trio of dates at Dodger Stadium in Los Angeles, with the final night set for November 20. As for why Elton chose to close things out in LA, Furnish said the city is a “very, very special place for us.”

“We have a home here. Our sons were born next-door [to The Webster] at Cedars-Sinai; they’re coming in next week to come and see the shows. We have our annual Oscar party here; we’ve raised $95 million for the Elton John AIDS Foundation with that event for over 25 years,” he explained.

Sir Elton’s final show at Dodger Stadium will be livestreamed on Disney+ on Sunday.