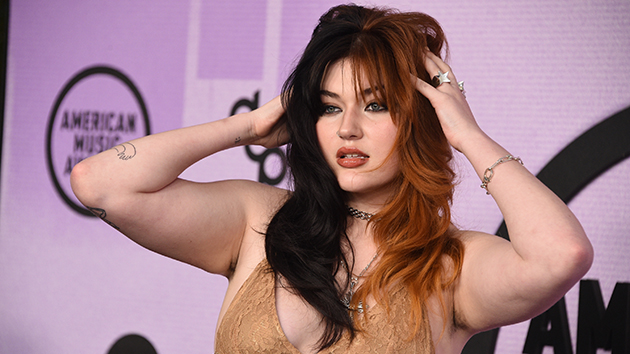 GAYLE, one of the openers on Taylor Swift‘s Eras Tour, revealed how the two met up for the first time.

Speaking with E! News, the singer explained, “I was playing at this award show which is called NSAI — Nashville Songwriter Association International — which helps songwriters get more rights, royalties and all of that.” Her  song “abcdefu” was nominated for that event.

“It’s a very high honor especially because it’s writers saying, ‘I appreciate the song,"” GAYLE explained before diving into how she and Taylor crossed paths.

Taylor, as it turned out, was nominated for Artist/Writer of the Decade.

“I obviously didn’t think she was going to show up,” GAYLE explained. “All the sudden I was there and she was there. and I played ‘abc’ and she came up to me and was like, ‘You did such a good job, I love the song’ and was being very complimentary and said some very encouraging things.”

And the rest was history. GAYLE also took a moment to honor the hitmaker, saying, “Genuinely what she has done for women in Nashville and female songwriters — she showed us we can do it.” The teen singer adds she thanked Taylor for inspiring her.

“I wanted to personally thank her for giving me the inspiration to move to Nashville and become a songwriter and I don’t think I would be where I am if it wasn’t for her showing me I could maybe do it,” she said.

Now, fans are curious to see if GAYLE and Taylor will unleash a collaboration. “Anything she wants I am there,” she declared.