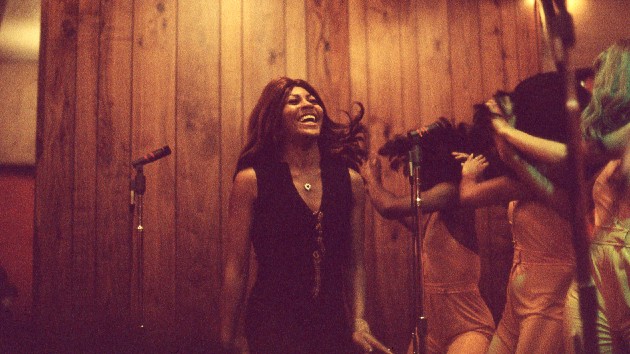 A new trailer for HBO’s Tina Turner documentary, Tina, has just been released, and it features the music icon sharing a painful memory from her childhood.

“My mother used to sit in the window of the kitchen when she was making dinner on Sundays. I used to just watch her; I thought she was so pretty. One day, she wasn’t in that window,” says the 81-year-old legend in a voiceover, recalling when her mother abandoned the family when Tina was just 11. “She was never in it again. I wanted her to come for me, and I waited. She never did.”

Tina’s voiceover, which now sounds like it was recorded at a different time, continues, “And it’s all right. You know why? I’m a girl from a cotton field that pulls myself above the destruction and the mistakes — and I’m here for you!”

The voiceover is set to a montage of images of Tina throughout her career, from her humble beginnings, to her time with her abusive ex-husband Ike Turner, to her struggling solo years and eventual emergence as a global superstar in the ’80s.  Throughout, we hear Tina sing one of her signature tunes:  Her cover of Creedence Clearwater Revival‘s “Proud Mary.”

Tina debuts Saturday, March 27 at 8 p.m. EST on HBO and will be available to stream on HBO Max.

Tina is currently nominated for induction into the Rock and Roll Hall of Fame as a solo artist; she’s already in as part of Ike & Tina Turner.