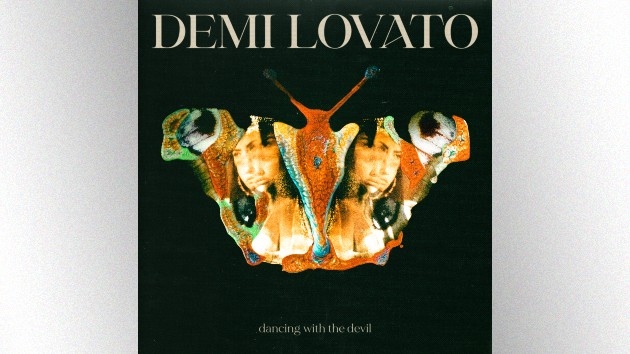 In her music video for “Dancing with the Devil,” Demi Lovato reenacts the night of her near-fatal overdose in 2018. Now, in a new edition of Vevo Footnotes, we see what went into that process.

We learn the video took two days to shoot but six months to prepare. Careful thought went into every detail.

“There are no accidents in this video,” says director Michael D. Ratner, who also directed Demi’s YouTube documentary of the same name. “From where people are facing to what they bring into frame, or where they are in frame, everything is thought through and has meaning. Demi has 23 tattoos and there are 23 Easter eggs in the video.”

Not only did Demi recreate her hair color and outfit from that night, but some of her family members and friends are also represented in the video.

“When recreating the night before my overdose some of the actors are wearing clothing to match some of my friends who were there, including Dani Vitale’s white tank top, which is seen in the documentary’s archival footage,” Demi reveals. “In the scene where I’m surrounded by family in the hospital, one of the actresses has hair the same color as my sister, Dallas, in 2018.”

According to Footnotes, the bedroom scene was the toughest for Demi to shoot and the team made sure to rehearse so she didn’t have to do multiple takes. She also had her case manager on set to ensure it was a safe space.

In the end, we see Demi’s real “survivor” tattoo, which she got to cover the scar from where her dialysis port was inserted when she was being treated in the hospital.