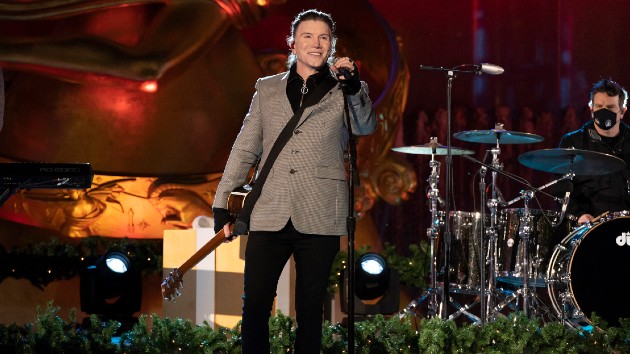 This week’s been busy for Goo Goo Dolls singer John Rzeznik: His daughter Liliana just turned four on Tuesday and now it’s time for Christmas. He says his daughter loves having her birthday next to Christmas — obviously — but he thinks his family in his hometown of Buffalo, N.Y. might go just a little overboard when it comes to her.

“She loves Christmas and she has four, five, six aunties that just spoil the hell out of her every year,” John laughs.

“Y’know, I got to drive the family truckster up there [to Buffalo] because there’s a hundred presents that you gotta throw in [the back],” note John, who lives in New Jersey.  But, he acknowledges, “It’s fun.”

As previously reported, Goo Goo Dolls‘ augmented reality Christmas movie musical It’s Christmas All Over is being shown at drive-ins this week, paired with a recent livestream concert performance.  Visit EncoreLive.com to see if it’s playing near you.