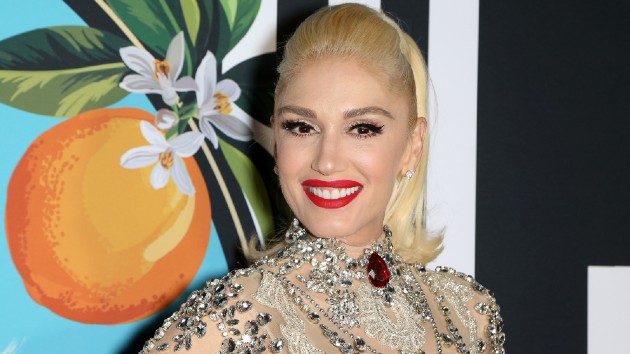 Gwen Stefani popped by Jimmy Kimmel Live! on Monday night where she reflected on her journey from No Doubt to making country music, due in part to fiance Blake Shelton.

“I would have never imagined that [I have two country hits,] come on,” the Grammy winner gushed. “It’s so far out there that… It’s hard to even remember my other life back then.”

Continued Stefani, “But honestly, being actually opened up to the country music genre has been really cool.”

“I kind of define myself — what I feel makes me feel good about myself is my songwriting. That what makes me feel like I’m actually contributing to the world,” the 51-year-old singer furthered.  “Some of the songwriting in country music is just masterful. And it’s storytelling… The heart is getting across and the message.”

The “Slow Clap” singer also teased her upcoming fifth studio album, which she admits is not ready yet.

“I’m still writing an album right now. Have I tons of music that I’ve already done, but I’m going to keep writing until it feels right,” Stefani noted, saying she is surprised how songs will “slip” out of her and that she prefers the new trend of releasing individual songs instead of whole albums.

“I like that it’s less pressure. I think there is something cool about just being able to put something out right away. Like I could write a song and put it right now,” she remarked

Stefani also reflected on her upcoming anniversary with No Doubt, with its breakout album Tragic Kingdom about to celebrate its 25th anniversary.

Stefani calls the album bittersweet as it is chronicles her breakup with ex Tony Kanal, her bandmate, explaining, “My heart is still sort of broken because those songs were about a really sad time for me.”