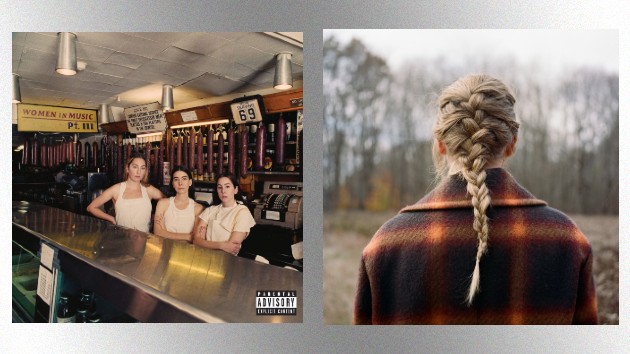 After sparking intense speculation earlier this week that Haim had tapped Taylor Swift for a remix of their song “Gasoline,” the sister trio seems to have confirmed that is exactly what’s happening.

HAIM announced on Monday that “Gasoline” would be their next single from their Grammy-nominated album, Women In Music Pt. III.  In the a photo, the three sisters were seen posing at a gas station by a sign that said “13”: Taylor’s lucky number.

On Wednesday, sisters Este, Danielle and Alana Haim shared a teaser of their upcoming track on TikTok. The video starts with the ladies jumping into a car parked at the same gas station and they crank the radio, which is playing “Gasoline.”

The song snippet only includes the chorus, which sounds like it has Taylor’s voice harmonizing on it.

It also should be noted that the sisters chose to jump behind the wheel of a 90s-era Range Rover, which doesn’t come equipped with an infotainment screen, so there’s no display monitor confirming the title and artist.

Prior to sharing their teaser, HAIM hit up their Twitter and drove fans to check out the social media video by simply writing, “tik tok tik tok tik tok.”

It is currently unknown when the “Gasoline” remix will come out.

Taylor previously teamed with HAIM on “No Body, No Crime,” from her most recent album evermore.

As “Put Your Records On” keeps going, Ritt Momney says he’s the “luckiest musician ever”