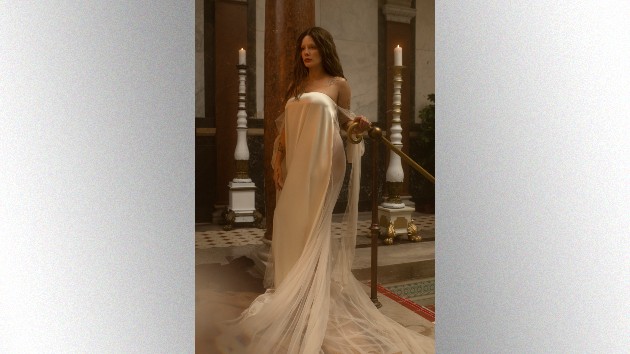 Halsey‘s new album is coming to a theater near you next month.

An hour-long “film experience” of If I Can’t Have Love, I Want Power will be screened in select IMAX theaters in the U.S. for one night only: Wednesday, August 25. Internationally, it will screen on August 26.  The film, written by and starring Halsey and directed by Colin Tilley, features all the music from the album, which was produced by Trent Reznor and Atticus Ross of Nine Inch Nails.

Tickets for the film go on sale Tuesday, August 3 via LoveandPower.com/Imax. You can also find out which theaters are showing the film at that link at that time; currently, only the cities are listed. They include Atlanta, Dallas, Cleveland, Philadelphia, San Diego, Los Angeles, Miami, Nashville, New York, San Francisco, Houston, Indianapolis, Milwaukee, Orlando, Phoenix, Memphis, Las Vegas and Washington, D.C.

A new trailer for If I Can’t Have Love, I Want Power is now available.  Like the first, it carries a warning that it’s “intended for mature audiences.”  Also like the first one, it’s kinda creepy, and features Halsey in a variety of looks — from glamorous to scary to sexy to stripped-down — all created by celebrity stylist Law Roach.

Watch Britney Spears & Sam Asghari joke about having a baby