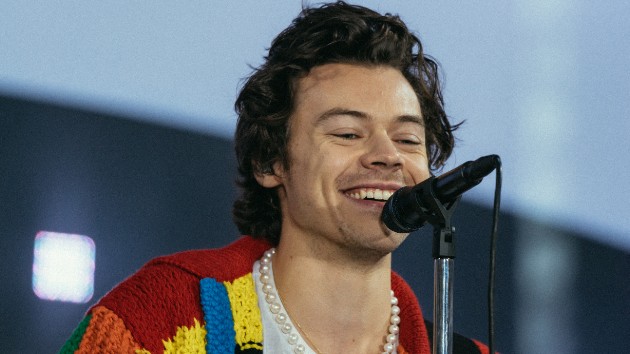 Harry Styles is British, so he can’t vote in the U.S. presidential election. However, that hasn’t stopped him from endorsing a candidate.

Harry retweeted a Joe Biden ad that’s narrated by Brad Pitt, and wrote, “If I could vote in America, I’d vote with kindness.”  Fans immediately started arguing in the comments — bashing each other, bashing Biden, praising President Trump and vice versa, and both praising Harry for his endorsement and bashing him for having an opinion at all.

As one fan put it, “We haven’t cared about your vote since 1776,” a reference to Harry being British.

As Billboard reminds us, earlier this month on Saturday Night Live, Jim Carrey as Biden calmed himself down during the debate by listening to his “Harry Styles meditation tape.”  Harry himself then appeared in a thought bubble, saying in a calming voice, “We dip our toes in the cold wet sand, then sit and face the sea. We let the waves wash over us. Alone, just you and me.”

Harry isn’t the only non-American who’s urging people to vote: Canadian Justin Bieber has also been telling fans to make sure to go to the polls, but he’s stopped short of endorsing a specific candidate.

If I could vote in America, I’d vote with kindness. https://t.co/GQ8tw3Rqpl