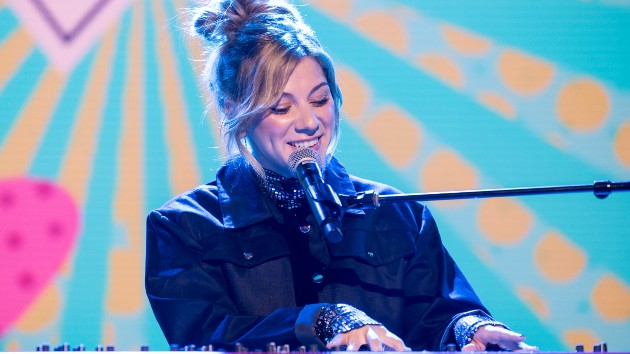 Last month, Jax posted an adorable video of a little Scottish girl named Rosie Mae singing her song “Victoria’s Secret” at summer camp. Now, she’s posted a TikTok detailing how she surprised Rosie Mae and her mom by calling them up, flying them and one of Rosie Mae’s friends to LA and making a video with them. Jax said Rosie Mae’s and others’ reactions to “Victoria’s Secret” have made her completely “shift her priorities.”

The singer said “the obvious feats as a songwriter” — like where the song is on the charts or having a certain number of followers — have been “really hard for me to process because it was so quick.” That’s why, she told ABC Audio, “The only thing that’s really, really made me like super-emotional about this process is getting to see videos like that.”

She noted, “Knowing that I helped a girl that is like way younger than me…I wish I would have had that when I was that age, and there were couple of like pop stars I looked up to and stuff like that. So, like, that’s the actual dream. My priorities actually completely shifted after this song.”

Jax explained that she’s now stopped “stressing out about the numbers” and added, “Honest, it’s singular interactions, like at the airport and in the bathroom at a restaurant…those reactions are what’s keeping me super-inspired.”

Lil Nas X teases he may be off the market

Katy Perry shows off her denim tribute to Britney Spears

Doja Cat is keeping her album secrets to herself: “I’m not gonna tell anybody anything”