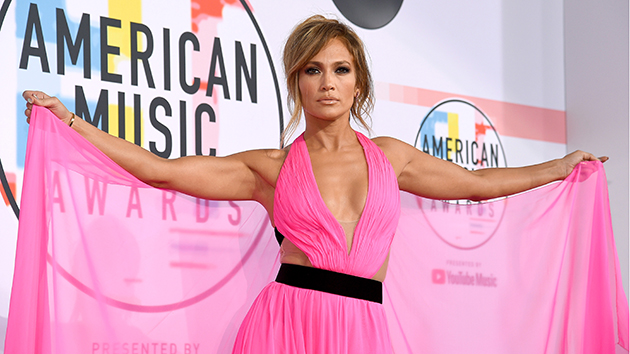 Jennifer Lopez is counting down the days until her new movie, Marry Me, arrives in theaters next month, and ahead of the rom-com’s February release, she let fans in on a big secret — her workout routine.

Taking to Instagram on Wednesday, J-Lo promoted “On My Way,” the song she recorded for the Marry Me soundtrack,  by sharing a video of herself working up a sweat.  “#OnMyWay to a better me,” she captioned the post, which celebrated Instagram’s #WorkoutWednesday.  She then included a remix of “On My Way” for her behind-the-scenes video.

So, how does Jennifer keep herself in such excellent shape?  She does curls with a pair of dumbbells, tones with what appears to be a Bowflex machine and challenges herself with leg lifts and crunches.  Despite doing numerous reps and pushing herself hard, Jennifer is still smiling at the end of her routine.

She also gave fans a look at her bedazzled water bottle, which resembles a glittering disco ball.

Britney Spears shares cryptic video of her dancing: “This is a tease of what’s to come”