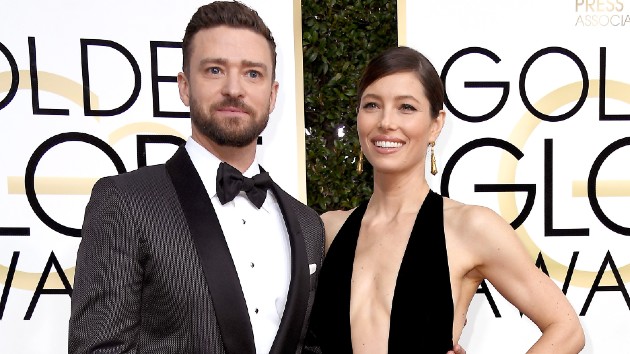 The 7th Heaven alum shared a series of photos, including some never-before-seen by fans, Sunday on Instagram to mark the tremendous occasion.

“There’s no one I have more fun with, have more laughs with, feel more deeply for, and have more history with,” gushed Biel in a series of four heartfelt photos. “I honor you today, baby.”

Biel, 38, closed out her sentimental post by saying she wishes Timberlake “the most creative and fulfilling year to date. Happy 40th, my love.”

The four photos shared by the Emmy nominee included what appeared to be Timberlake’s special birthday breakfast — a tower of pancakes garnished with strawberries, blueberries and whipped cream.  The “Can’t Stop the Feeling” singer is wearing a crown in the picture and is smiling down at his feast.

One photo shows the two stuffing their faces at a Los Angeles Dodgers baseball game while another is a selfie of the two goofing off during a game of golf.  The final is of the two sharing a sweet kiss while at what appears to be an awards ceremony.

The birthday wishes come two weeks after the Palmer star confirmed that the two welcomed their second child, a son named Phineas.

Timberlake raved about his newborn during his January 18th stint on The Ellen DeGeneres Show, where he gushed, “He’s awesome and so cute. Nobody’s sleeping.”

Besides Phineas, the couple previously welcomed Silas Randall, who turns six in April.

Biel and Timberlake began dating in 2007 and tied the knot in an intimate 2012 ceremony.