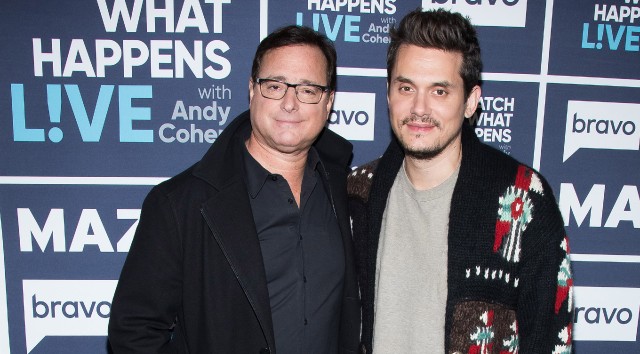 Soon after the death of their friend Bob Saget, John Mayer and comedian Jeff Ross posted a lengthy video in which they discussed the fact that they’d just retrieved Saget’s car from Los Angeles International Airport. During that chat, Ross also thanked John for bringing Saget “home,” but he wasn’t clear what he meant by that.

Now, E! News has learned that, in fact, John paid for a private plane to transport Saget’s body back to California after his January death in an Orlando, Florida hotel room. Page Six has also confirmed the story.

John had been a friend of Saget’s for 15 years, and in his Instagram Live with Ross, he joked that he was still “the new guy.”

The singer and guitarist said of the Full House star, “I’ve never known a human being on this Earth who could give that much love, individually and completely, to that many people, in a way that made each person feel like he was a main character in their life and they were a main character in his life.”

The cause of Saget’s death has not yet been released. At the funeral, both John and Ross were pallbearers, as were Saget’s Full House co-stars John Stamos and Dave Coulier.