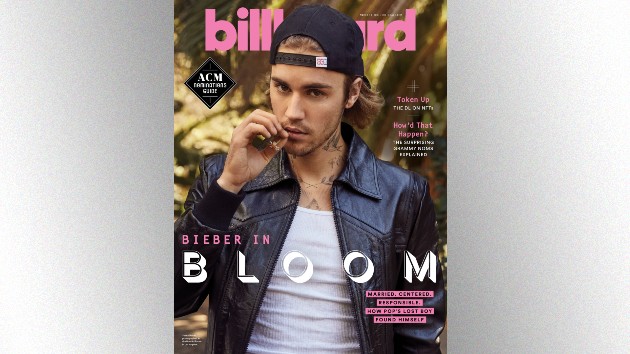 With the release of his sixth studio album JUSTICE approaching, Justin Bieber seems more grounded than ever.

In a new cover story with Billboard, the singer opens up about finding a sense of stability amidst the pandemic and learning how to set boundaries for himself.

For one thing, he doesn’t own a cellphone: He stays in touch with his team using an iPad.

“I definitely learned how to have boundaries, and I just don’t feel like I owe anybody anything,” Justin says. “That has helped me to be able to just say no and just be firm in it and know that my heart [wants] to help people, but I can’t do everything. I want to sometimes, but it’s just not sustainable.”

He’s also learned to take more control of his career, thanks to the influence of his wife, Hailey.

“One thing that has been so helpful is my wife is so by the book. She’s so structured and routine and so responsible,” he says, adding that Hailey made him “realize that I either take responsibility for this or else I’m not going to be able to sustain a certain lifestyle that I want.”

With this newfound stability, he says he’s now at a point where he can look back on past mistakes without shame.

As Justin puts it, “I just want to be somebody who can say, ‘Look, I did some things that I’m not too proud of, but I took a look in the mirror and decided to make some changes, and you can too.”

Charlie Puth comes clean about his embarrassing YouTuber past