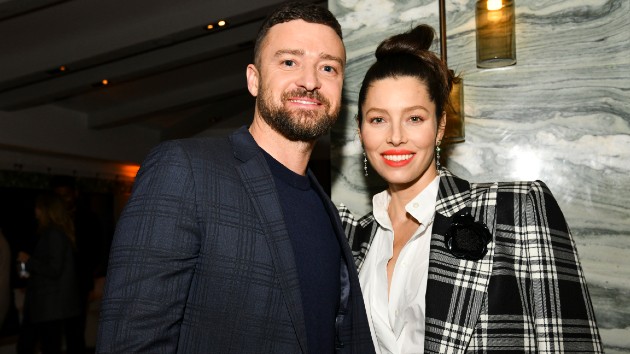 After Lance Bass accidentally let it slip in September that Justin Timberlake and Jessica Biel secretly welcomed their second child, the couple refused to confirm or deny the report.

Now, the “Sexyback” singer is ready to come clean in a candid interview with Ellen DeGeneres on Monday.

DeGeneres shared a clip of her upcoming interview over the weekend, with her telling Timberlake, “You’re a dad again.  You have another little child.”

The 10-time Grammy Award-winner confirmed that, indeed, he is a father of two and also revealed his little one’s name.

“His name is Phineas,” the proud dad announced when pressed to reveal more details about the newborn.

It was also revealed during the interview that Ellen was one of the first people — outside of immediate family — to learn of Biel’s pregnancy.

“I think we were FaceTiming and you said, ‘Hey, you want to know a secret?’ and then Jessica walked in and you put your hand on her stomach,” DeGeneres recalled. “You were like, ‘I’m having another baby!"”

People obtained the full interview, which shows the former ‘NSYNC singer describing how his eldest son, five-year-old Silas, is adjusting to being a big brother.

“Silas is super excited… Right now he’s very much liking it,” Timberlake gushed. “Phin can’t walk yet or chase him down, so we’ll see what happens.”

And while his two children are getting along, the Palmer star confessed that making time for his wife has become a little more complicated now that they’re a family of four.

“We don’t see each other anymore,” he joked, but admitted that being a dad of two is “a lot of fun.”