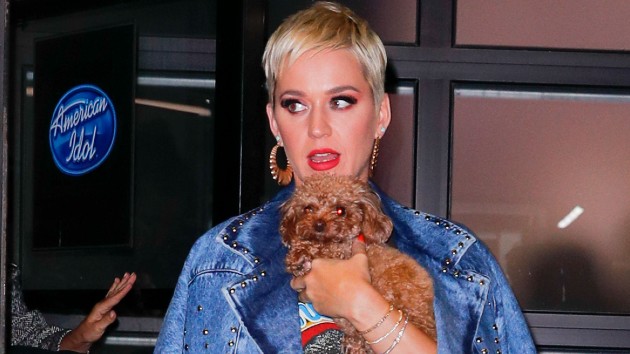 Katy Perry announced over the weekend that she is changing up her diet, but kicked up a firestorm when she announced that she intends to make her dog, Nugget, a vegan, too.

“I’m about 95% ready to be 100% VEGAN,” the American Idol judge announced Saturday on Twitter. “My dog Nugget has been joining me on this journey for the past 4 monthz.”

Calling for fans to “pray for us okay,” the 36-year-old received more than what she bargained for, as the tweet ignited an intense debate about proper animal nutrition.

PETA weighed in on the debate by praising Perry’s choice.

“Wonderful news! We’re SO happy for you—and for Nugget, too. You’ll both love how it feels eating clean and helping animals,” the organization shouted out and included a hyperlink to some vegan recipes.

Other fans weren’t convinced and begged the “Smile” singer to reconsider.

According to a 2018 report from National Geographic, canines thrive as long as their diets meet their protein and dietary fat requirements.

A typical dog’s diet sees 20 to 35 percent of its daily calories coming from protein, the report found.

Ryan Bethencourt, co-founder of vegan dog food brand Wild Earth, told National Geographic that when it comes to promoting the advantages of a vegan diet in dogs, “It’s something we don’t have data for right now, but as you’ve seen with vegan athletes, we think that a non-meat diet will be beneficial to the animals as well, perhaps surprisingly so.”

Bethencourt added that cats can never be fed a vegan diet, as they are true carnivores and are unable to fully digest plant-based foods.

At the time of the 2018 report, the market for plant-based foods was valued just under $5 billion.

Olivia Rodrigo addresses sexist songwriting criticism: “Do you want me to write a song about income taxes?”