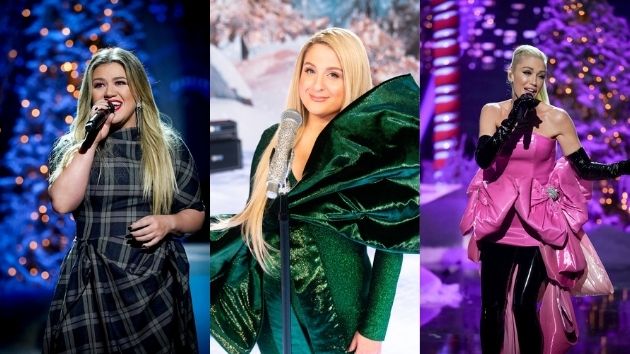 Tis the season to deck the halls and light the Rockefeller tree!

The 88th Annual Rockefeller Christmas in Rockefeller Center was Wednesday night and along with it came a star-studded line-up of performances.

This year, Tori Kelly kicked off the show by effortlessly belting out the holiday classic “This Christmas” and appeared again later to perform “Sleigh Ride.”

Her performance was followed up by fellow powerhouse singer Kelly Clarkson who kept the Christmas cheer going as she sang her holiday original “Underneath The Tree.” The talk show host was also joined by Brett Eldridge for a duet of “Under The Mistletoe.”

The timeless New York band, Goo Goo Dolls also took the stage twice. First, with their original holiday song “This Is Christmas,” from their new holiday album It’s Christmas All Over, and later with “Let It Snow.”

When all the performances were said and done, it was finally time to light up the iconic Rockefeller Christmas Tree. The tree, which is a whopping 75 feet tall and 45 feet wide, was adorned with over 50,000 multicolored LED lights and a Swarovski star that boasts 3 million crystals.