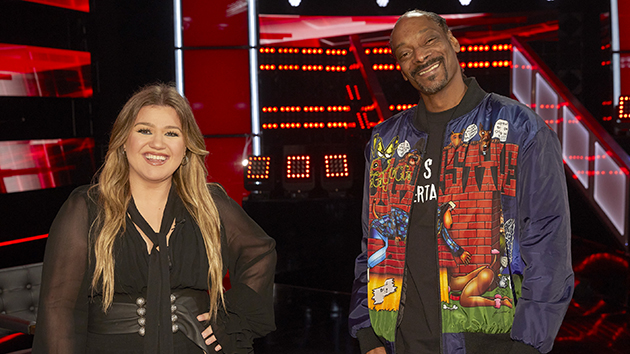 The annual Eurovision Song Contest, aka Eurovision, is one of the biggest music-focused events in, well, Europe — and that craze is finally coming to America, thanks to Kelly Clarkson and Snoop Dogg.

Deadline reports that the Grammy winners have teamed for NBC’s new series American Song Contest, a musical competition series that they will host.  The official commercial promoting the event aired during Sunday night’s Super Bowl.

Singers from all 50 states as well as the country’s five territories and the U.S. Capitol — 56 in all — will compete against each other to not only create the best hit song, but score America’s vote to advance to the top. This year’s list of competitors will be announced soon.

This concept is similar to how Eurovision operates, where singers from each country on the European continent — now including former territories such as Australia — create a new song, and the winner is decided by popular vote.

“I have been a fan and love the concept of Eurovision and am thrilled to bring the musical phenomenon to America. I’m so excited to work with Snoop and can’t wait to see every state and territory represented by artists singing their own songs,” Kelly said in a statement.

Added Snoop, “I am honored to host ‘American Song Contest’ alongside my lil sis Kelly Clarkson, aka Miss Texas.”

The series is set to premiere March 21 and will run for eight weeks before wrapping on May 9 — ahead of the Eurovision song contest.