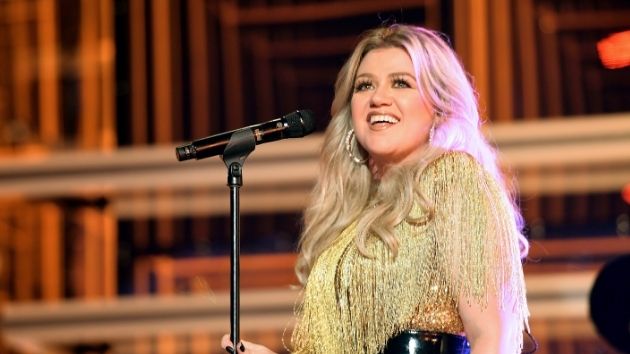 Kelly Clarkson is keeping herself busy amid her divorce. So busy, in fact, that’s she’s had the time to write 60 songs.

While chatting with ET, the 38-year-old The Voice coach opened up about using music as an outlet after filing to split from Brandon Blackstock, who she shares two children with — daughter River Rose, 6, and son Remington Alexander, 4 — last June.

“I have this record that we’re working on. It’s really great and really honest,” she said. “There’s just a lot of questions that I have to answer before releasing it for myself, you know? Whether that be business-wise or personally or whatever. Whatever happens though, it is such a gift. Like, I don’t know how anybody, I’ll just be real with you, goes through grief like divorce, any kind of grief, any kind of loss, without having an outlet like this.”

“I have written like 60 songs, it is an insane amount of getting it out. I think that’s a blessing in itself,” she continued. “Anytime you go through some life, it’s such an awesome thing to have that outlet, regardless of whether people hear it or not.”

Clarkson’s uncertainty on whether fans will hear the track comes from her experiences putting out personal songs in the past like “Piece of Me” and “Because of You,” which she explained were “difficult decisions”

“But the other side of you is like, ‘Man, how many people have come up to me.’ Like, ‘You have no idea. I never wanted to talk about it, I never have told anyone this,"” the singer reminisced.

“Music has that way, even for me,” she added. “I listen to other artists and music has a way of healing you.”