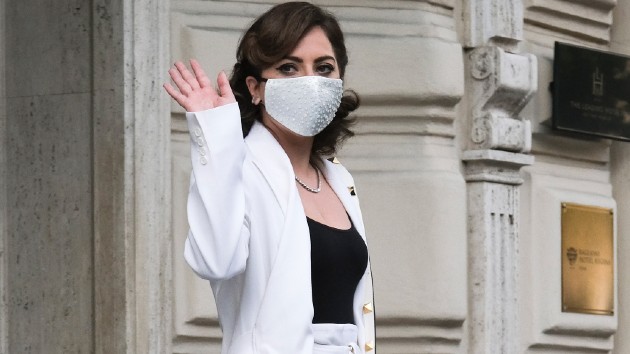 After an emotional week, Lady Gaga is feeling “grateful.”

Last Wednesday, the “Rain On Me” singer’s dogs were stolen and her dog walker Ryan Fischer was critically injured after being shot during the robbery. Her pups, two French bulldogs named Koji and Gustav, have since been returned safely and Fischer is expected to recover, something sources tell People that Gaga was “emotional and grateful” for.

“[When] she got the terrible news from Los Angeles, she was extremely upset,” the source shared of the singer, who’d flown to Italy to film a new movie just two days before the incident. “She was worried about her friend and her dogs. It was a terrible start to her Italian work trip.”

The insider added that Gaga — who offered a $500,000 reward for the safe return of her dogs —  “stayed in her hotel room” and remained “hopeful it would all work out” as she waited for updates.

Two days later, on Friday, the dogs were brought in to the Los Angeles Police Department by a woman who was reportedly not involved in the dognapping.

The culprits have not been caught and are still at large.

Is The Weeknd is hanging up his red suit for good?

Stephen Colbert grills Taylor Swift if “Hey Stephen” is about him