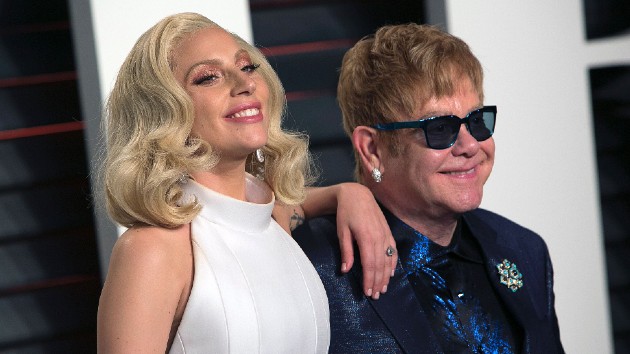 Lady Gaga is set to join Elton John for his 29th annual Elton John AIDS Foundation Academy Awards Pre-Party, which is being held virtually for the first time ever on Sunday.

Gaga and Elton are longtime pals, with Elton appearing on a track called “Sine from Above” from Gaga’s Chromatica album, released last year.

As previously announced, Neil Patrick Harris will host the Oscars pre-party, alongside Elton and David Furnish. Dua Lipa is set to perform. The event will stream via Cisco Webex four times to accommodate different time zones, with 100,000 people able to “attend” per time zone.