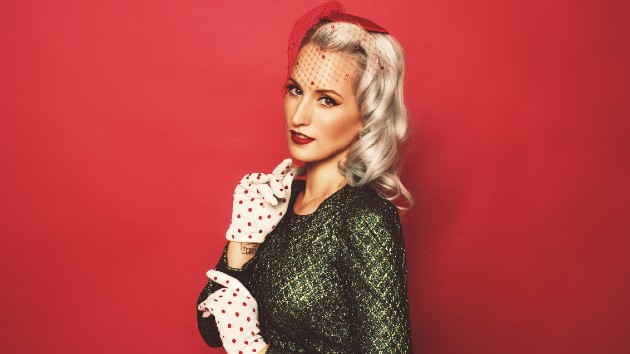 Ingrid Michaelson’s annual Holiday Hop Christmas concert usually takes place in New York City, but this year’s event is going virtual for the first time. It’s streaming tonight, and Ingrid says the one positive thing is that for the first time in 14 years, more fans than ever will be able to watch it.

“I’m excited about it because it’s not just people from New York and from the neighboring areas…it’s people in Australia, people in Europe and anywhere across the globe, they can tune into it,” she tells ABC Audio. “So there’s something that’s really satisfying about that.”

The show will feature Ingrid and her band playing “a handful of Christmas and non-Christmas songs” — plus, Jason Mraz will join Ingrid for their holiday duet, “Christmas Valentine.”

Ingrid promises the best part will be the opening act, Edith, Edna and Ethel, which is actually her and her band members in disguise.

“Every year we open for ourselves, we dress up as older people, and we have Staten Island accents and we wear tracksuits,” she laughs. “I think I might even have to just be, like, ‘And now our opening act, which definitely isn’t me and my band mates dressed up ‘ —  because otherwise, I think a lot of people might just be like, ‘What the hell is happening?"”

But overall, Ingrid says it’s worth watching because “we all need to feel some joy…we need to hear music that uplifts us…And…I’m really funny!”