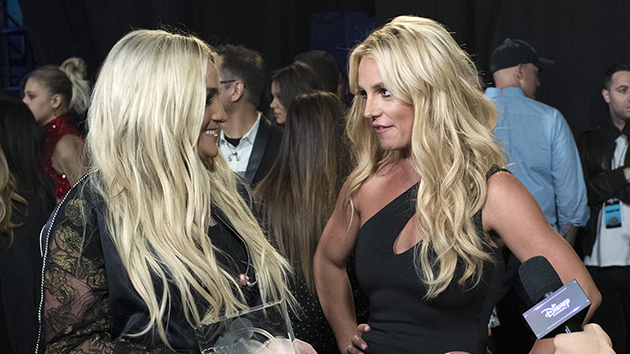 The war of words continue between sisters Britney Spears and Jamie Lynn Spears.  After the “Toxic” singer sent a cease-and-desist letter over her baby sister’s new book, Things I Should Have Said, and slammed her on Instagram — Jamie Lynn has responded via her lawyer.

In a letter TMZ obtained to Britney’s attorney, Mathew Rosengart, Attorney Brian Freedman condemns the pop singer’s actions.  He also called out Attorney Rosengart for saying his client was “going to take the ‘high road."”

Referencing Britney’s vitriolic Instagram post, where she stated she should have “slapped” Jamie Lynn, Freedman states, “To be clear, social media posts that include cyber bullying which cause death threats to Jamie Lynn and her family, is neither the ‘high road,’ nor anything that will be tolerated.”

“It was also disappointing to see your Letter plastered all over the media,” he continued, calling the letter “insensitive.”

Freedman encouraged Britney to read ﻿﻿the memoir, stating, “Jamie Lynn is a member of the Spears family. Your Letter ignores a critical fact: Jamie Lynn has suffered through her own experiences, and her own trauma. Had you taken the time to read the Book prior to sending your Letter, you would know that the Book is not about Britney, but instead about Jamie Lynn’s own experiences growing up in the same family and describing what life for her was like as part of that family.” He attests the book depicts the Grammy winner in a positive light.

“Jamie Lynn hopes that there will be no further postings or inflammatory letters being sent to the media,” Freedman closes, “Jamie Lynn supports Britney and as always, she hopes she can get the healing, peace, and freedom she rightfully deserves.”

Britney has not reacted to the letter.  Attorney Rosengart did not respond to ABC Audio’s request for comment.