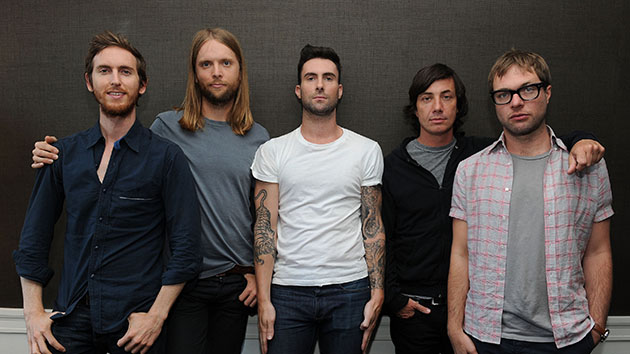 Cardi B says several times in her Grammy-nominated hit “I Like It” that she likes her diamonds and, on Wednesday, she added a new rock to her collection.

“Girls Like You,” Cardi’s collab with Maroon 5, crossed over into the realm of RIAA Diamond-certified songs, meaning it has sold over 10 million copies.  This marks the second time both the band and Cardi earned a Diamond-certification for one of their songs.

Maroon 5 previously snagged the honor with their 2011 hit “Moves Like Jagger” and Cardi collected her first Diamond with her breakout single “Bodak Yellow.”

The band celebrated the new achievement on Instagram, writing, “Girls Like You ft. Cardi B has been RIAA certified 10x Multi-Platinum! Thank you all for our second Diamond single,” along with a diamond and a CD emoji.

Cardi also took to Twitter to celebrate making history, tweeting out, “Wow I got two Diamond records! Thank you sooo much @maroon5 for including me on this song and this is the song I cater to my daughter every time I perform it. I’m forever grateful.”

The 29-year-old is now the first female rapper to boast two Diamond-certified tracks.

“Girls Like You,” released in 2018, spent seven weeks atop the Billboard Hot 100 and was one of the top-selling songs of the year. Its music video — which featured Gal Gadot, Ellen DeGeneres, Camila Cabello, Aly Raisman, Tiffany Haddish, Jennifer Lopez, Mary J. Blige and many other famous women — has amassed over three billion views on YouTube.