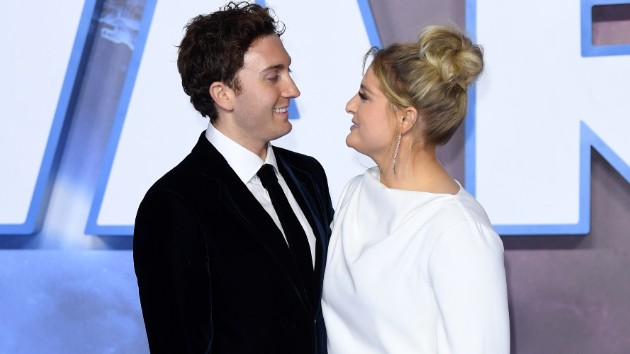 Meghan Trainor is all about that mom life now.

The “All About That Bass” singer, 27, announced on Sunday that she had welcomed her first child, a son named Riley, with husband Daryl Sabara on February 8.

In the caption of her post, Trainor revealed that she was due on Valentine’s Day, but they were surprised when their bundle of joy arrived a week early.

“We are SO IN LOVE,” the Grammy winner wrote. “Welcome to the world Riley!”

“@meghan_trainor you are my forever Valentine and I’m so beyond grateful for you bringing our son into the world,” Sabara, 28, wrote.

The couple, who have been married since December 2018, both posted the same set of photos — including snaps of themselves with Riley as well as some solo shots of the newborn — but shared in a different order.

Meghan also opened up about how “bizarre” it was for people to ask her if she had a preference for which sex she wished her baby was.

“If he changes his mind and wants to be any gender, that’s great with me; that’s fine,” she said at the time. “I just want him to be happy and live the best life.”

As for what she was most excited about, Trainor said it’s “having another new best friend in my life that I love so much.”

Watch Kelly Clarkson sing one of Dr. Jill Biden’s favorite songs in the East Room of the White House

Jonas Brothers are not splitting up: “We all have a ton of exciting stuff coming”