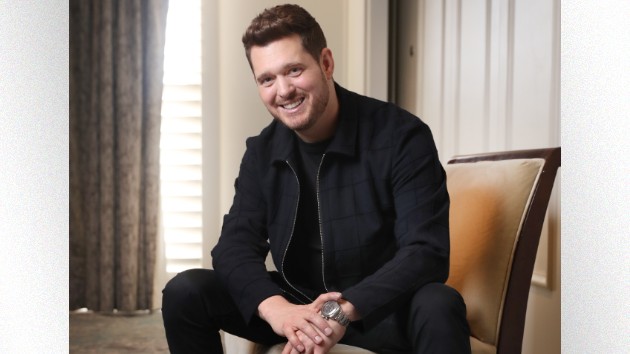 On Sunday, 42-year-old Tampa Bay Buccaneers quarterback Tom Brady will be the oldest player ever to play in a Super Bowl, and the only quarterback to start a Super Bowl in three different decades.  That’s why massive football fan Michael Bublé refuses to drink the Brady haterade.

In a video interview with the Toronto Sun, Michael was asked he thinks Brady, who’s married to supermodel Gisele Bündchen, is so disliked by so many sports fans.  He answered the question by making a joke that explains it.

“Poor guy, I mean, if you think about it, he really is the underdog,” Michael said sarcastically. “[He] doesn’t win a lot. [he’s] kind of short and ugly. Y’know, his wife is meh.”

“There’s a lot of reasons to hate Tom Brady, you know what I mean?” Michael laughed. “He’s just too perfect. There’s a lot of people out there that just want him to fail. But I’m not one of those people.”

According to Michael, he’s looking forward to watching a movie about Brady one day — in which Brady would be played by Brad Pitt — and he thinks a win on Sunday would make a fantastic ending.

“I love the story,” gushed Michael. “Listen, man, we need some fairy tale endings!…We live in a really cynical world. And so sometimes, you know what? It’s fun to watch great human interest stories like this.”

But no matter which team he ends up rooting for, Michael will probably also be rooting for fellow Canadian pop star The Weeknd to slay his halftime show.  The “Blinding Lights” singer will be the first Canadian to perform at the Super Bowl since Shania Twain in 2003, and the first ever to do it solo, rather than as part of a multi-artist bill.

Andy Grammer on what being a dad has taught him: “This is the main reason for being alive”