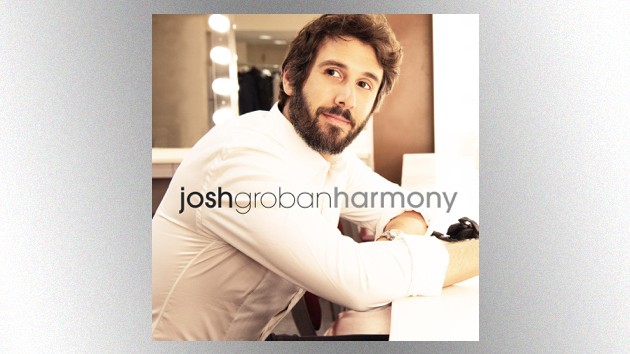 Today’s New Music Friday features new songs from pop stars, a Halloween-themed video and people who you might not expect to release songs at all.

Josh Groban is out with another track from his upcoming album Harmony: It’s his take on Kenny Loggins‘ 1977 song “Celebrate Me Home,” which is often considered a Christmas song because the first words are “Home for the holidays.” Harmony is out November 20; Josh will do a livestream concert on Thanksgiving Day, November 26 at 4 p.m. ET to celebrate the album’s release.

Meghan Trainor‘s first holiday album A Very Trainor Christmas is out now, and it features a collaboration with R&B legends Earth, Wind & Fire on a new, original song called “Holidays.”  The song sounds just like a classic EWF track, and that’s the idea.

And this isn’t a song, but Kelly Clarkson has a new Halloween-themed video for you.  She opened her talk show today with a haunting, dramatically-slowed down cover of The Bee Gees‘ “Stayin’ Alive,” while descending a staircase dressed as a Marilyn Monroe-style glamour girl.  As the song got faster, she was joined by multiple video screens of zombies dancing in a graveyard, and a back-up singer who seemingly has a hole carved into her stomach.

And speaking of dancing with zombies, Paris Jackson, daughter of Michael Jackson — star of the greatest Halloween video ever, “Thriller” — has signed to Republic Records and will release her debut album, Wilted, on November 13. She’s released the first taste of the record, an acoustic ballad called “Let Down,” along with a video.

Actor Vin Diesel released his debut single — a dance track called “Feel Like I Do” — a while back and now he’s back with another dance song, “Days Are Gone.” Co-written by Diesel, it’s out on Kygo‘s label Palm Tree Records.

Meanwhile, Vin Diesel‘s Fast and Furious co-star, Dwayne “The Rock” Johnson, is thrilled that his wife, Laura Hashian, has a new song and video out. Hashian, the daughter of late Boston drummer Sib Hashian, has created a disco throwback track called “Ride the Wave,” with her collaborators Naz Tokio and Natalie Martinez. In the video, Hashian wears a vintage Boston t-shirt.

Johnson, who appears briefly in the video, wrote on Instagram, “You ladies killed this track — and way to release some much needed positive vibes out for the world to enjoy!”