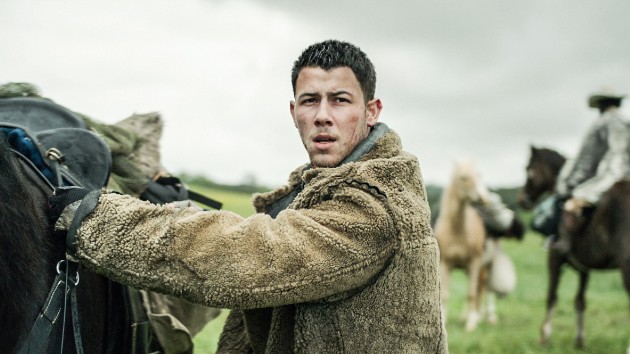 Originally scheduled for January 22 release, the movie will now arrive in theaters on March 5.  If you don’t think you’ll be ready to go to a theater by then, sorry: There’s no word on when it might be made available on VOD or streaming services.

As previously reported, the movie is based on the young adult sci-fi trilogy of the same name, and features Star Wars star Daisy Ridley as Viola, a young woman who crash-lands on a distant planet where there are no women. Further, all the men on the planet are afflicted by “the Noise” — a phenomenon which allows their thoughts to be heard at all times.

Nick plays Davy Prentiss Jr., a soldier and son of an evil mayor, played by Mads Mikkelsen. Tom Holland of Spider-Man fame plays Todd, who ends up protecting Viola when her life is threatened.

Chaos Walking is Nick’s first movie since his two 2019 films: Midway and Jumanji: The Next Level. Nick’s also signed on to the action thriller The Blacksmith, playing a weapons expert who has to go on the run with only his unique skills to help him survive.